A Court of Thorns and Roses Wiki
Register
Don't have an account?
Sign In
Advertisement
in: People
English

Sarah Janet Maas (born March 5, 1986), better known as Sarah J. Maas, is an American author and New York Times bestselling writer. She is the author of the best-selling A Court of Thorns and Roses series, Throne of Glass series, and Crescent City series.

On November 22, 2017, Sarah announced through her Instagram account that she was expecting her first child with her husband Josh. He was born on June 1, 2018 and was named Taran.

Maas began writing what would become her debut novel, Throne of Glass, when she was just sixteen years old. After writing several chapters of the novel (then titled Queen of Glass), she posted them on FictionPress.com, where it was one of the most popular stories on the site. It was later removed from the site when she decided to try to publish the novel.

In 2008, Maas started sending the story to agents before finding one in 2009. Throne of Glass was purchased in March 2010 by Bloomsbury, who later purchased two additional books in the series. The series is available in 15 countries and 23 languages. Several prequel novellas set about two years before the first novel have also been published. Maas was contracted to write six books in the series. The second book of the series, Crown of Midnight, is a New York Times young adult best-seller.

The storyline of the series is based on Cinderella, with the premise of "What if Cinderella was not a servant, but an assassin? And what if she didn't attend the ball to meet the prince, but to kill him, instead?"

A Court of Thorns and Roses, Maas' second series, is a loose retelling of Beauty and the Beast. The first book of the trilogy was written in 2009 but wasn't published until 2015. In September 2015 it was announced that the Mark Gordon Company had acquired television rights for Throne of Glass. But the rights fell through and Sarah is now on the look for someone new to take on the project.

In November 2015 it was announced that the first book in the A Court of Thorns and Roses series would be made into a film and in March 2018 it was confirmed that it would be made by Constantin Film in association with Tempo Productions. However the project was scrapped and it is now being made into a TV series on Hulu, with Sarah as writer and executive producer.

A Court of Thorns and Roses series[]

Sarah's picture, often used in copies of her books 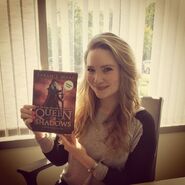 Sarah with a copy of Queen of Shadows

Sarah and her husband Josh. 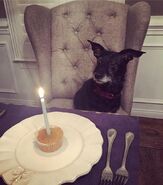 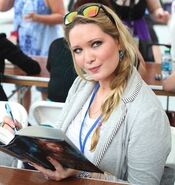 Sarah with a copy of Throne of Glass 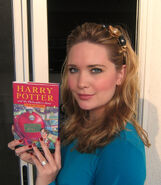 Sarah with a copy of the first Harry Potter book

Sarah at a panel 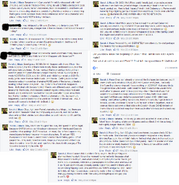 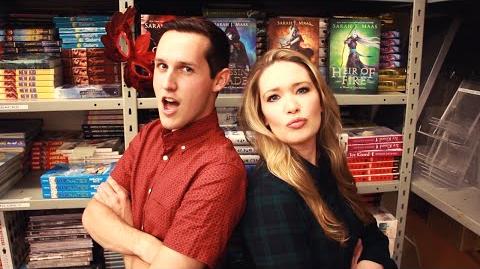 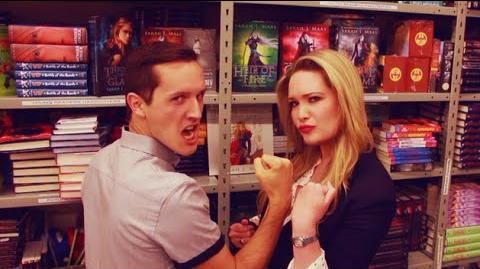 Q&A WITH SARAH J MAAS ROUND 2 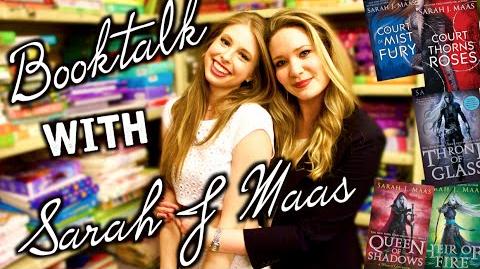 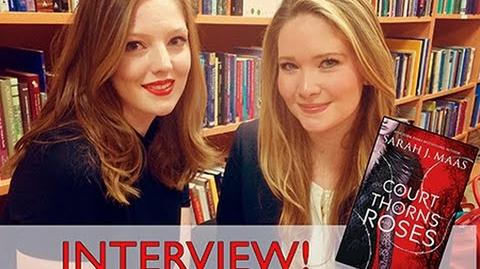 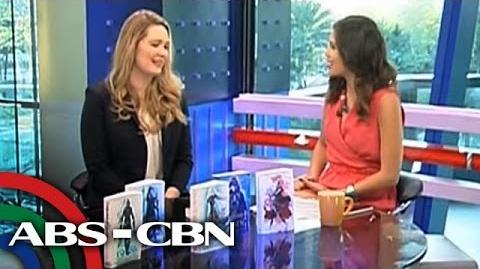 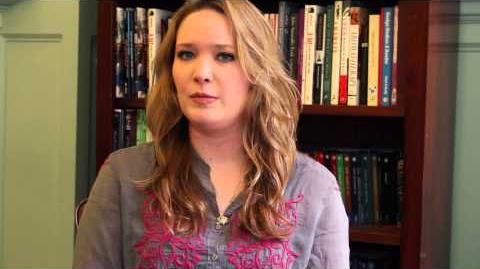 Sarah J Maas introduces her new series, A Court of Thorns and Roses!