The bastard-born warriors, the Illyrian half-breed, the monster trapped in a beautiful body, the dreamer born into a court of nightmares … And the huntress with an artist’s soul.A Court of Mist and Fury

The Inner Circle is a group of individual dreamers located within Velaris, the Court of Dreams, in the Night Court. They are the family Rhysand has created. They help him run the Night Court.

When Rhysand was trapped Under the Mountain, he used the last of his power to shield Velaris and wipe it from the minds of anyone outside the city. He then tied the magic to his Inner Circle so that they couldn't leave, or they'd break the protection. Upon learning this, Feyre realizes that it killed them to have been unable to save him and that there were so many left outside of the city they couldn't protect. 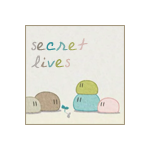