Fifty years before the main series, Alis lived in the Summer Court with a sister, her mate, and their children. When Amarantha came to Prythian the Summer Court rebelled against her rule and Alis's sister and her mate were killed. So she fled with her nephews and asked sanctuary to Tamlin in the Spring Court, since then she has worked as a maid in his manor. She was invited to the masquerade ball during which Amarantha threw her curse, and since then she wears a bird mask like the rest of the servants.

Alis lives in the Spring Court, employed by Tamlin as a maid. When Feyre first came to the court, it was her job to look after her.

When Feyre returns to the Spring Court looking for Tamlin, Alis informs her that everyone had been taken Under the Mountain. Alis tells Feyre about the curse and how she could have broken it. When Feyre decides to go to Under the Moutain, Alis warns her against it, that Feyre is just human. Alis eventually gives in and takes Feyre to Amarantha. Before Alis leaves Feyre, she gives Feyre rules. One) to not drink the wine, two) to not make a deal with anyone no matter what, and three) to not trust anyone.

Alis returns to working at the Spring Court after Amarantha was defeated. She insist on doing everything for Feyre in order to pay her back for breaking the curse and setting them all free.

When Feyre is rescued from the Spring Court by Morrigan, Alis picks Feyre up and hands her to Mor. She conceals the true nature of Feyre's rescue from Tamlin.

Alis sees through Feyre's facade at the Spring Court, but does not mention it to Tamlin, only vaguely confronting Feyre once. When tensions at the Spring Court begin to rise, Alis decides to return to her home in the Summer Court, alongside her two nephews and wishes Feyre well. Feyre tells her that she will always be welcome at the Night Court, as a farewell.

Alis is a plump woman with brown hair and tree-bark like skin.

Alis has a warm motherly personality. She left the Summer Court to protect her two young nephews from Amarantha.

Alis serves in Tamlin's mansion during the duration of A Court of Thorns and Roses and A Court of Mist and Fury. Near the beginning of A Court of Wings and Ruin, she and her nephews return to the Summer Court to avoid the catastrophic war with Hybern.

Alis has always been kind and caring toward Feyre, although she is suspicious of her at the start of A Court of Thorns and Roses. When Feyre first arrives in the Spring Court, Ails warns her to "keep her mouth shut and her ears open." She also tells her to keep her wits about her. Her third piece of advice to Feyre is that Lucien "could do with someone snapping at him if you're got the courage for it." She helped Feyre escape the manor when Tamlin locked her in and didn't believe Feyre lied about her time in the Night Court. In the end, Feyre helped Alis and her nephews flee the Spring Court to go to the Summer Court. 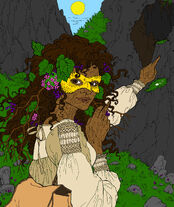 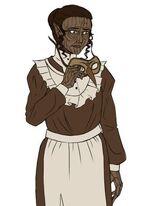 Retrieved from "https://acourtofthornsandroses.fandom.com/wiki/Alis?oldid=21338"
Community content is available under CC-BY-SA unless otherwise noted.