All posts by Ali Darling

We did but he was suspended for a bit, he should be back soon! Otherwise we’ve been in contact with the wiki manager about how to proceed with a replacement

We just use the ToG fandom as kinda an overall SJM wiki. It’s the only one that’s on mobile and has active staff to keep it running smoothly. More users are active there too. I think an official one would be great tho!

Hopefully less than 5 years. Most movie rights last for a year so if we don’t hear anything in a year, then we can assume it won’t happen- at least not with the same company. Sarah would get the rights back and be able to sell to someone else if they don’t do anything with it. It has already happened when Acotar was supposed to be a movie series.

I think Sarah wanted us to think he was the villain so there would be a bigger twist when he became Mr. Steal Ur Girl. And yeah he acted the way he did to protect his court.

Since it’s 1st person POV we also only knew/saw what Feyre did. I think it did really well showing how hard it is to see how toxic your relationship is until you’re out of it.

A reply to Darling Cheyenne
3

Sure! I saw some comments on insta about it so I looked it up to see if anyone felt the same. My big kicker was the part about how she treated Az. Here’s the link to what I read:

I used to love her but then I read some things about how she’s toxic, it really made sense and now I can’t look at her the same

A reply to Jaeson Laye
0

You won’t be missing much, I think the trilogy set is perfect as it is

I think he’s okay but overrated, I don’t understand the hype or why he’s sexualized so much- but he’s an interesting character

I had the same mixed feelings, not one of my favorites but I’m still glad I read it. I’m just going to paste my Goodreads review because I think that sums up my feels😂 ⬇️

"So Nesta had become a wolf. Armed herself with invisible teeth and claws, and learned to strike faster, deeper, more lethally. Had relished it. But when the time came to put away the wolf, she'd found it had devoured her, too."

Be warned, the following is a complete mess and contains spoilers.

THIS IS WHAT WE CALL CHARACTER. DEVELOPMENT. I'm so glad that Nesta got her character arc. I went from not really caring about her to having a deeper understanding of her that lead to respect. I love how her trauma was shown in a realistic way. The words in this book are just pure bliss and there are so many quotable moments that I would love to live in.

Nesta found her girl gang and I am beyond excited to see these baddies in action again. I just love their friendship and how Nesta grew as a person by making friends with them. I think they needed to find each other. Not to mention that sleepover scene was super cute.

Can the House of Wind be one of my favorite characters? I love how Nesta brought it back to life. And when she blew out her candle to show it she was not afraid of it? ugh my heart-. Their relationship was so cute.

Bryaxis and the House are definitely BFFs. High key mad that Bryaxis was mentioned multiple times but wasn't actually in it.

CASS MADE A UR MOM JOKE AND IT KILLED ME. Also, Azriel was a bit more humorous in this book too. It's nice to see some personality from him but I don't understand the obsession.

AELIN IS THE FREAKING RED STAR THAT SHOT ACROSS THE SKY AT STARFALL. It was the only Starfall that Feyre would've been pregnant at (which Aelin saw KoA pg. 800). That's why Rhys was so contemplative afterwards. HE LITERALLY SLOWED SOMEONE FALLING THROUGH THE 26 DIMENSIONS. "Bad omen," my *ss, priestesses.

Are the Starborn from CC cauldron blessed? Or their ancestors were? That eight pointed star could not have been a coincidence, at least not with SJMs writing.

After thinking long and hard about this, I had to bump my rating down to 4 stars. Here's why:

I was so excited for another adult book from SJM because I had loved ACOMAF, ACOWAR and HOEAB so much. But this just wasn't the same. Nothing really happened until over halfway through. I felt like this book was more romance/smut driven than plot driven. I also didn't feel that "slow burn" because once Nesta and Cass were together I felt like I didn't need to root for them anymore? They were almost a repeat of other SJM ships with the whole "your mine" stuff. And getting upset with the male mate after the mating bond is revealed and separating from him.

A lot of new info was just dropped into this world. Like the crown, harp and mask just felt like they came out of nowhere. I also thought there was made up rules and conditions about Nesta's powers and the Made items that were just added in whenever they seemed fit. ACOWAR had a spectacular ending and didn't leave any hints or build up to this book. The writing felt more like fanfiction in this one.

So basically, I don't think this was a necessary addition but I love the world and I'm still glad Nesta got her arc.

I am not responsible for any injuries occurred from reading that. 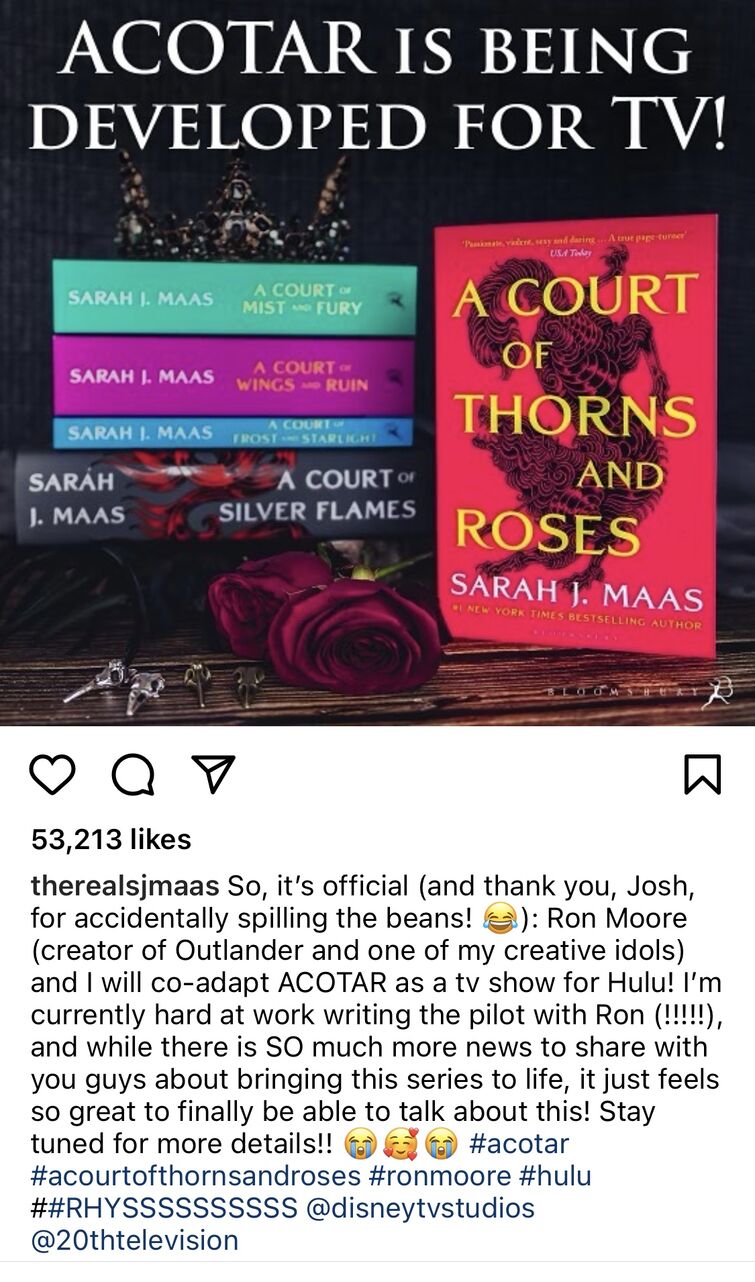 If anyone wants to try something similar you can get the Brain Tap app for free and listen to some trial audio. You’re supposed to have a fancy headset with lights on the ears and eyes but I think normal headphones in the dark laying down would work too but maybe not as intense. Some are just music but some have a doctor talking. It’s really weird tho, I can’t feel my body sometimes or I feel like I’m floating

I think Rhys did it to protect Az. He’d get his heart broken by Elain and he still loves Mor, he needs actual closure

I love this theory! There has to be more to it though if Eris thinks that makes it justifiable for what he did

I think Tamlin deserves happiness too. His happiness just wasn't right when he was with Feyre. The difference between Tamlin and Nesta is that Nesta had an arc. Nesta had people who loved her supporting her. She was forced to realize she was doing wrong and actively worked to do better. She gave up her power to save her loved ones, found and made great friends and made amends with those she hurt.

I think Tamlin can do that too. He just needs to find the right people and want to do it for himself. I think he should apologize to Lucien and accept his help because I actually liked their friendship. It was awful to see him spiraling in ACOSF. I think he just goes to show what Nesta could have become if she let her anger and sorrow continue to consume her.

Honestly, while it made me mad, I'm glad she did it because it made her realize how awful she'd become. When she was able to apologize I thought it made the bond between her and Feyre stronger. sister respect